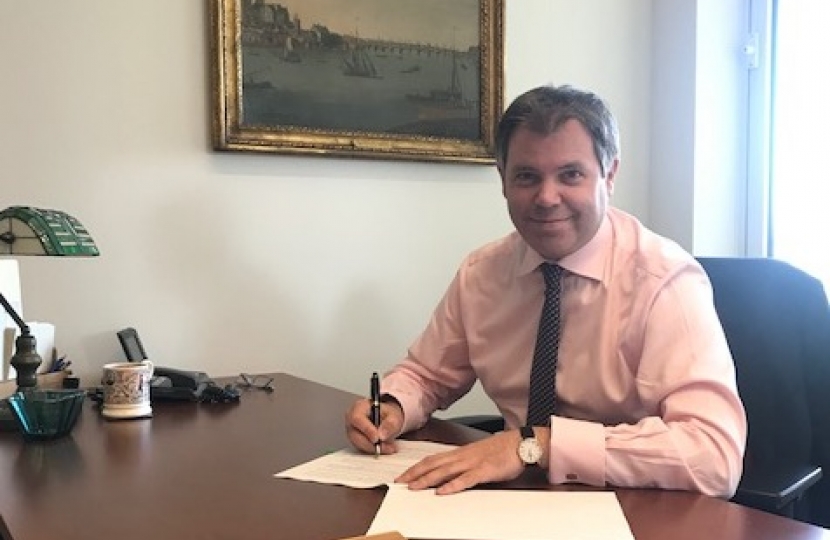 Bereaved parents will no longer have to pay the cost of their child’s burial or cremation after Edward, in his capacity as a Justice Minister, signed the legal instrument to set up the Children’s Funeral Fund for England today, with the Fund due to come in to effect next month.

Following the Prime Minister’s commitment to set up the Fund following a campaign by Carolyn Harris MP in memory of her son, as Justice Minister Edward took up the task of designing the scheme, driving through the necessary changes, and bringing forward the legislation to deliver on that commitment and make the Fund a reality.

Edward said: “The loss of a child is a tragedy which no parent can prepare for. While nothing can ever remove the pain that bereaved families experience, we are determined to do everything we can to help ease the burden on them, which is why, in line with Theresa May’s pledge, I have developed the scheme which I signed in to law today, to come in to force next month.

The Children’s Funeral Fund will provide bereaved parents with much needed support and I am proud to have worked alongside such dedicated campaigners to make this important scheme a reality.”

Edward has joined the local team from English Heritage on a visit to Kirby Muxloe castle to discuss the value of tourism to our area; the preservation of our heritage; and ASB issues in the vicinity of the castle.