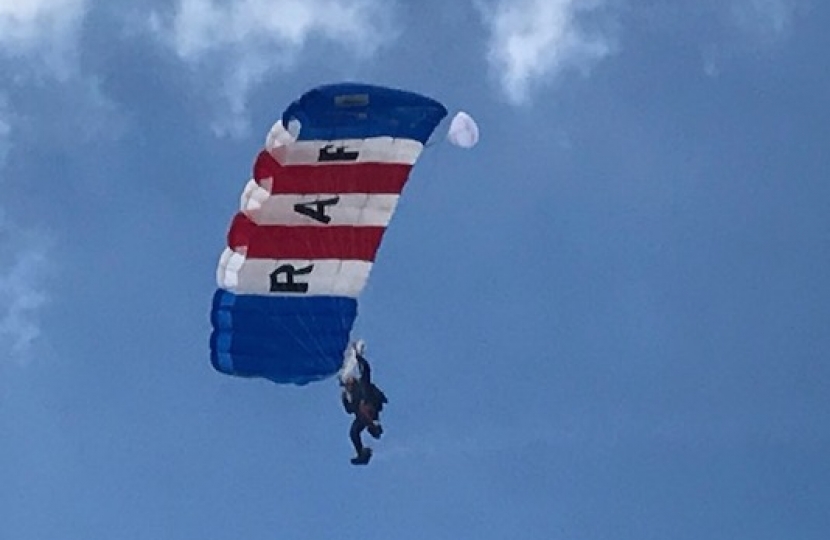 Edward has joined staff, students, parents, and invited guests, to recognise the impressive achievements of students at the Annual Prize Day at Welbeck Defence Sixth Form College in Woodhouse.

The Annual Prize-Giving and Passing Out Parade is the culmination of the student's work throughout the year. The parade was reviewed by Air Marshal Julian Young, and watched by senior Officers, parents and guests, and was followed by the prize-giving by the Vice-Chancellor of Loughborough University, with the culmination of the day's celebrations of achievement being a hugely impressive parachute display over the College's grounds by the RAF Falcons Parachute Display Team.

Welbeck is a first-class full boarding co-educational college, funded by the Ministry of Defence (MOD), offering an A level education to young people who wish to follow a career as a technical or engineering officer within the armed forces or as a civilian with the MOD. Students will go on to study a degree at a partner university and receive an annual bursary before starting their career with their chosen service.

Edward said: "The whole community in Charnwood has a huge affection for Welbeck Defence Sixth Form College in Woodhouse, so it was a great privilege to be invited to join students, staff, parents, and guests for the 2018 prize-giving and Passing Out Parade, to recognise and celebrate the fantastic achievements of the students, all of whom should be very proud of themselves and their hard work.

The College does a first-class job of equipping young people with the technical and engineering skills to prepare them for a successful career in our Armed Forces in the 21st century, and plays a vital role in providing for our country's defence. The finale, a display by the RAF Falcons parachute display team was the icing on the cake of a fantastic day."